String Theory is a quilt I started in 2015 after I had a work shop with the wonderful Bill Kerr.  He had some interesting thoughts on neutrals and their place in a colourful quilt and off I went making blocks so I could test his theories.

Along the way somewhere I discovered that all those string blocks created a lot of movement and stretch and after something didn't measure properly I put it in a box.  My version of a temper tantrum. 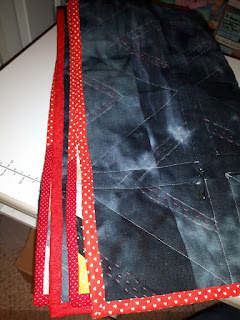 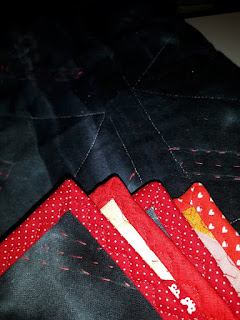 Fabrics:  I have a drawer of strips.  I was hoping to put a dent into them, but it's impossible to tell that I was in there at all except that they are messy now.

I wanted to do a series of String Theory quilts with different neutrals, but I'm going to have to change the design because this didn't turn out to be a lot of fun. 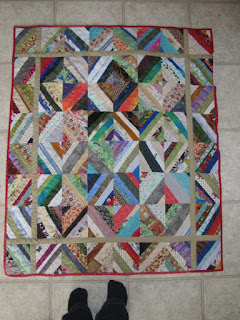 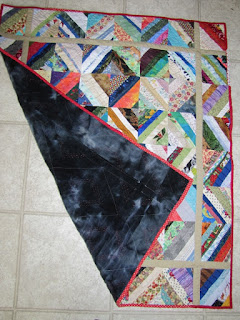 My favourite part of the quilt is the big stitching I did in red.  It's mostly invisible on the front side, but adds a lot of fun to the back.

This is the first of nine that I want to complete for 2017!

Linked up with she can quilt
Posted by Lisa at 3:30 PM

I Link to These Blogs